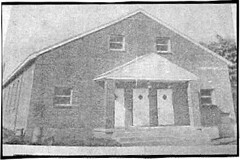 Mt. Moriah-East Baptist Church was organized 1891 in the Suzette Bottom District of Memphis, bordered by the present streets of Crump, Walnut, Tate and the railroad. In 1915, the congregation relocated at 239 South Orleans, moving into chapel facilities that had been vacated by LeMoyne Normal Institute, presently known as LeMoyne-Owen College. 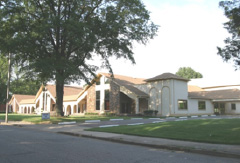 Melvin Charles Smith was called to serve as Pastor in 1967 and, in 1972, the congregation relocated to Haynes Road and built its first edifice. In 1977, the second building, the Gammon-Campbell Fellowship Hall was erected. Then, in 1987, a new sanctuary was built. In 2001, the Church expanded again by enlarging the Sanctuary and constructing a multi-purpose family life center, later named the Melvin Charles Smith Trinity Complex.

" A beacon of light in the Memphis Community since 1891"