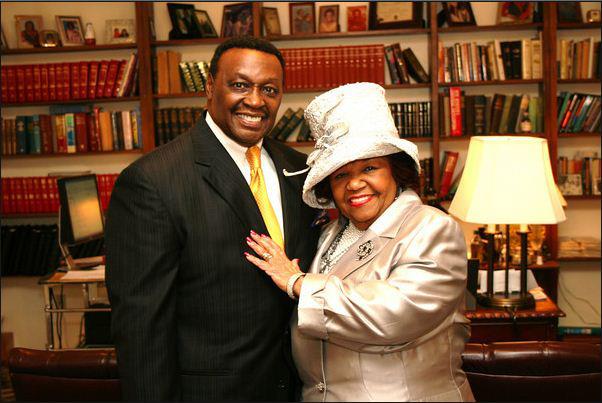 Reverend Doctor Melvin Charles Smith has been the Senior Pastor of Mount Moriah-East Baptist Church since 1967. He is a nationally and internationally recognized evangelist. He has preached and lectured across the length and breadth of the United States. He has also repeatedly been invited to speak in Nassau, Bahamas; Montego Bay, Jamaica; and Cancun, Mexico.

Dr. Smith was born and raised in Memphis, TN. A product of the Memphis City School system, Dr. Smith is a graduate of LeMoyne-Owen College, has a Master’s Degree in Biblical Studies from the Brewster School of Religion and an honorary doctorate from the Gospel Ministry Outreach Theological Institute. He is also a 2000 graduate of Leadership Memphis and a 2003 graduate of the Greek School.

Trained in the sciences, Dr. Smith served as a senior staff member of the Virology and Immunology Research team and St. Jude’s Children’s Research Hospital for several. Even after Dr. Smith left St. Jude to pastor full time, he still was interested in the sciences and concerned about the health of his members. During the 1980’s, Dr. Smith started an awareness program in his congregation about hypertension in the black community. The program, Church and Community United to Fight Hypertension, was adopted by the National American Red Cross for African-Americans. As the program grew, Dr. Smith traveled to testify before Congress several times and became the spokesperson for Hypertension Preventive Programs sponsored by the National Institutes of Health.

As Senior Pastor at Mt. Moriah-East, Dr. Smith founded the Mt. Moriah-East Development Corporation. Its Housing and Renovation Program provides low-cost of free housing to senior citizens and single parents. Dr. Smith also oversees and designs renovations and additions to the physical plant of the church. Founded in 1891 in downtown Memphis, Mt. Moriah-East acquired the land for its present location in 1972. The church added buildings to its campus in 1977, 1987 and 2001.

Dr. Smith is the consummate pastor. He holds Bible Study each Wednesday night. He teaches the Renaissance Sunday School class each Sunday morning. He has acted as counselor and advisor to thousands. He is an avid advocate for our youth. He spends countless hours mentoring our young people. You can often find him talking to a young person who happened to walk by the church. His spirit is infectious. You can feel his Christian love and attitude when he simply walks in the room.

Over the years, Dr. Smith has received numerous awards, including Keys to the City of Memphis and Shelby County, a commendation from the United States Department of Justice, special White House commendations, the “Exceptional Service in the Public Interest Award”, Dr. Martin Luther King, Jr., Service Award, just to name a few. He serves on the board of African-American Radio Broadcasters, the Memphis Cancer Center Foundation and is a member of the Memphis Ministers’ Association. He has also served as a board member of One Church – One Child. He is also on the board of Trustees at the Memphis Theological Seminary.

Most recently, Pastor Smith was invited to the Oxford Round Table on Religion at Oxford University in Oxford, England. In April 2009, he and more than 40 other religious leaders met at Oxford to discuss issues affecting the religious community and the world.

Dr. Smith is married to Billie Rutherford Smith. They have two daughters, Robin and Alison, and two granddaughters, Erin and Lauren.